It was enlarged to be a duplex in 1904 designed by Arthur L. Pillsbury.  The primary façade is composed of a five-bay front; three associated with the c 1855 structure and two associated with the 1904 structure. Entrance to the two parts is gained through a double porch which divides by a set of double columns which are flanked on their respective ends by large square recessed panel columns.  The columns rise from three brick piers capped with clapboard sided bases.  The Pillsbury designed addition on the east side has two bays which have a door and two windows on the first story and one single and one double window on the second story.  The roof to this part is a low-pitched hip roof with a bay dormer offset on the roof.

Dr. P.G. Young was born in Virginia in 1810 and came to Bloomington in 1848 accompanied by his wife and six children.  Young was not a medical doctor but rather was a diagnosing pharmacist and advertised his business widely.  By 1850 he was also serving a s a preacher and maintained both professions up to the Civil War.  The house had a variety of occupants up to 1891 when Mr. and Mrs. Charles Perrigo obtained the structure.  Upon the death of Mr. Perrigo, Mrs. Perrigo had the building expanded in 1904, undoubtedly to provide her with secure income in a period without government social programs. 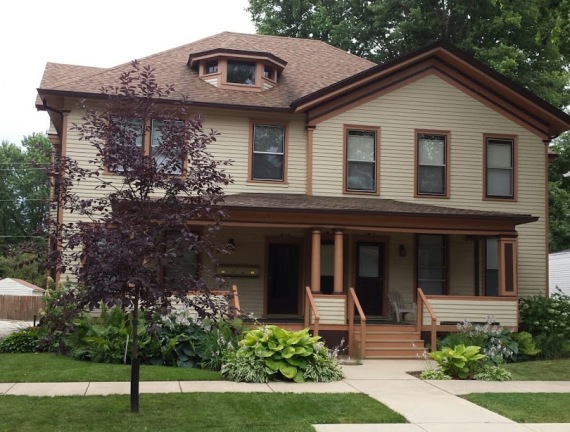 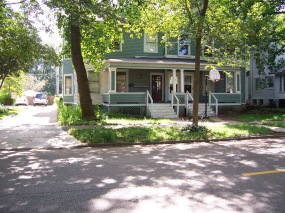 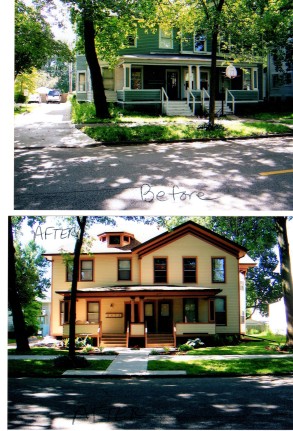