In 1858, the newly formed School District 87 in Bloomington voted to build a school which would house all ages of students. The site of that school was determined to be the corner of Taylor and Evan’s Streets and would be the first school owned by the district as opposed to the patchwork of privately owned schools that had preceded it.  The estimated cost of construction was $6000 ($2000 of which was directly raised by neighborhood families) and the school grounds covered Taylor Street to Jackson Street and Evan’s Street to the property line of what would become 507 E. Taylor St. and the alleyway directly behind it.  Seven houses now stand on the former grounds including 509,511,513 E. Taylor Streets, 403,405,407 N. Evan’s Streets and 514 E. Jackson Street.  The school served Bloomingtonian children from it’s opening in 1858 until its close in the early 1900’s.

In 1908, the school and its grounds were listed for sale and it was announced on April 14, 1908 that James Bell Stevenson (nephew of the former Vice President Adlai Stevenson and cousin to former Presidential candidate Adlai Stevenson II) purchased the lot.  The original plan was to build four cottages for rent in its place. Eventually, the result was the construction of the three four-square homes now addressed as 509, 511, and 513 East Taylor Street.  Recycled brick from the school’s demolition were used in their building and then pebble-dashed giving the appearance you see today.  Stevenson’s name is reflected on the legal descriptions of these homes.

Aside for a handful of brief stents of owner-occupancy, the “Sherbet Houses” as they are now known have been rentals for their existence.  509 E. Taylor was duplexed first (top and bottom units).  This was completed by 1951.  Today all three are duplexed top and bottom units.  The current owners take a lot of pride in trying to protect the integrity and historical charm of these unique homes, while making the repairs needed to make sure this houses sees another 100 years. 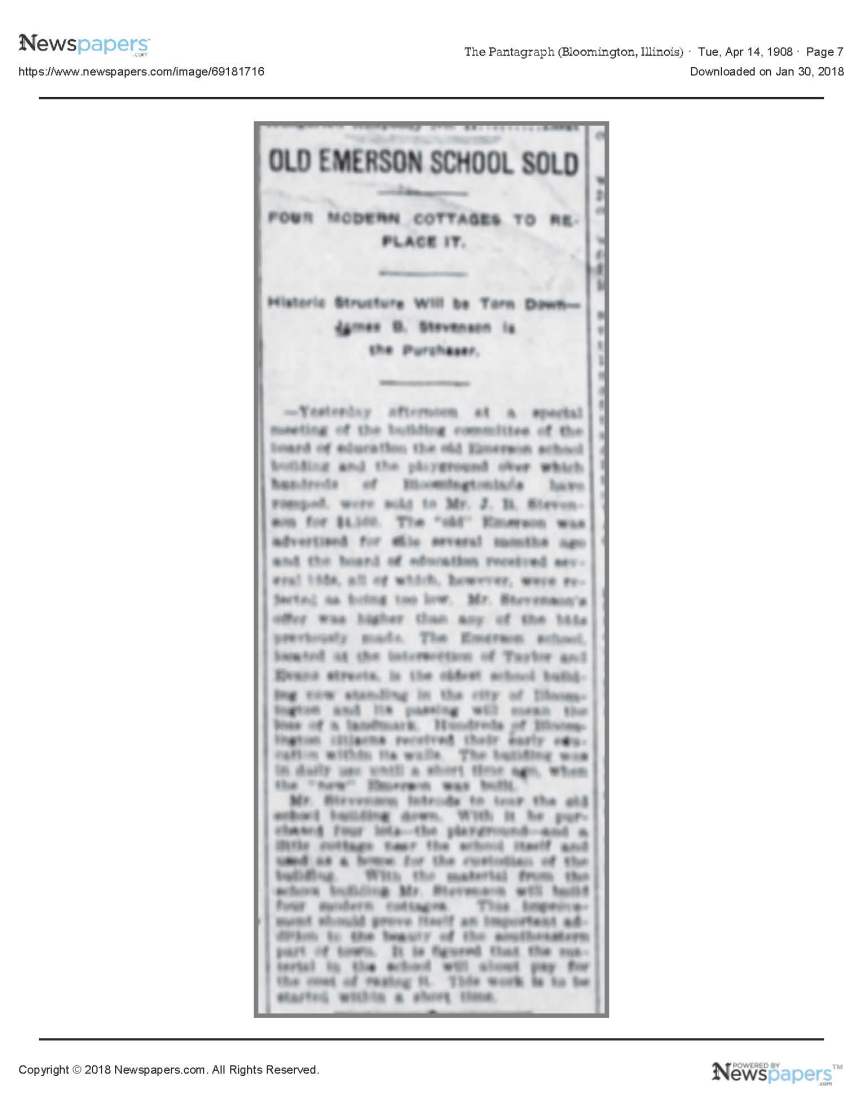 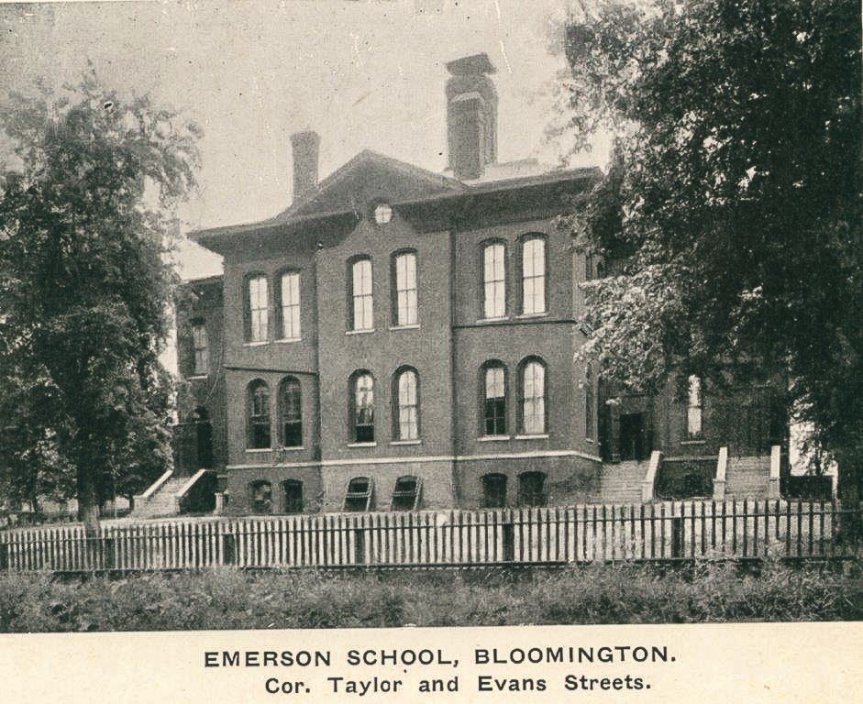 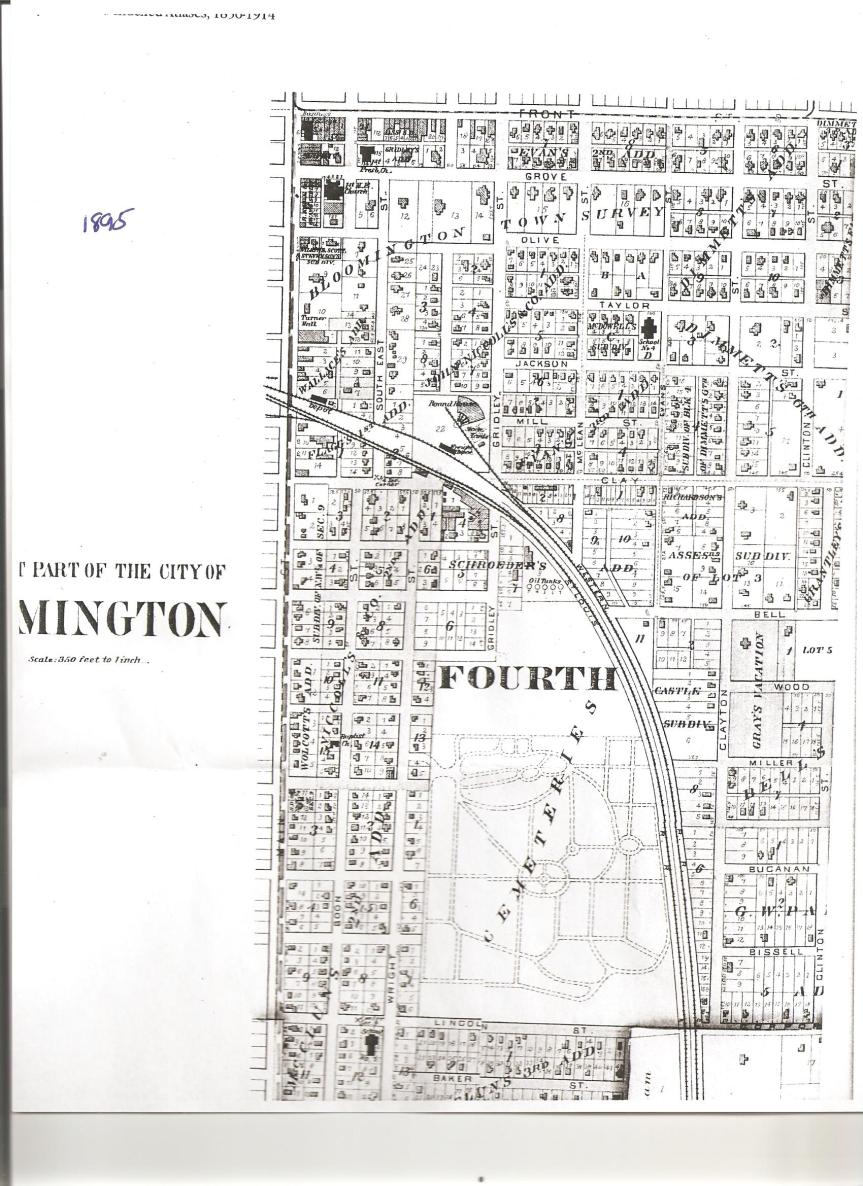 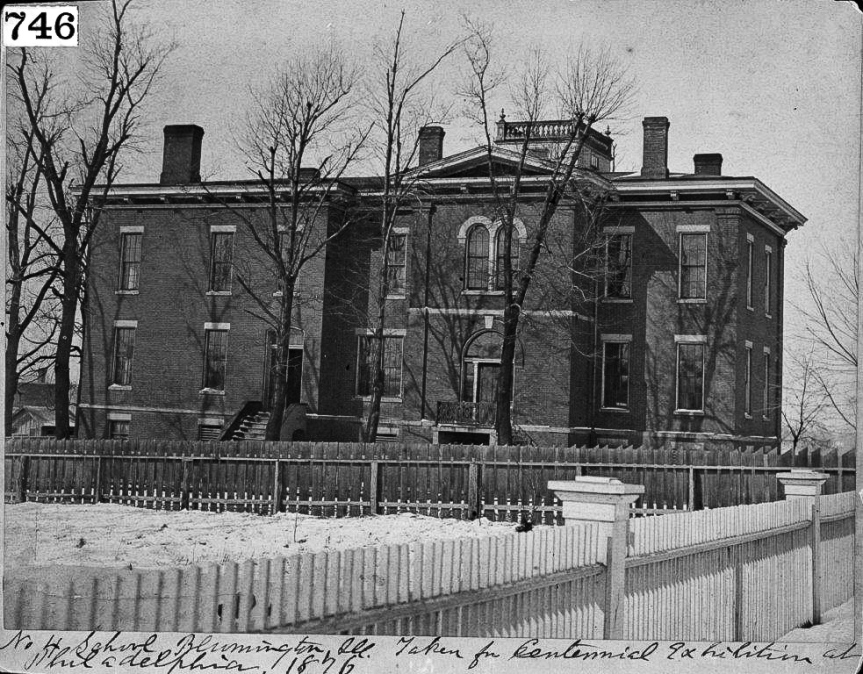