The land on which the victorian cottage at 507 East Taylor Street was built  was purchased by Harry H. Miller on August 3, 1883, for $425.  Harry married his bride Mary Lederer in September 1881 and he got a loan from his father-in-law , Ignatz Lederer for $1500, using the land as collateral, to build their marital home which was completed by 1889 at the latest. Harry was a saloon owner with a bar at 115 South Main Street.  It opened around the same time in 1884/1885.  115 South Main Street no longer stands, but would be on the site of the current Law and Justice Center.  Harry’s brother was George Miller, a renowned architect, although Harry’s home does not appear in the architect’s thesis, making it unclear how much (or little) advice Harry took from his more famous brother when designing his home.  Unfortunately,  on October 17, 1892, Harry met a tragic end described as “softening of the brain” in his obituary. Mary lived in the house until she eventually remarried and moved to California.

The house changed hands a couple of times until it was purchased September 21, 1908, by Fred and Augusta Schmidt for $3000.  This would have been right at the same time the school next door was torn down and the three brick stucco, four-square houses that stand today were being built.  The Schmidt’s were German immigrants and long-term Bloomington residents.  They were in their sixties by the time they purchased the home and lived with their daughter, Clara, and her husband, Peter Meyers, after they were married April 13, 1909.  Peter and Clara made this house their home for many decades.  They hosted parties advertised in the newspaper and even hosted their daughter’s wedding (Dorothy Meyers to WW2 Vet Sgt. Thomas Dunaway).  The house stayed in their family until after Clara passed in 1969.  The old photos of the house on this page come from Dorothy and Tom’s children who have fond memories of spending summers at their grandparents’ home.

After the probate cleared, the house changed hands several more times until it was purchased by Ed and Shirlee Garber in 1977.  They lived next door in the lower duplex unit of 509 E. Taylor, where Shirlee lived for several years beyond their divorce. She moved into 507 E. Taylor shortly after remarrying (Larry Bottomley) and the two of them made their home here and expanded their property ownership to include several neighborhood homes. Larry passed in 1990 and Shirlee on Christmas Eve in 2014.  The current owners take a lot of pride in trying to protect the integrity and historical charm of their home, while making the repairs needed to make sure this house sees another 100 years. 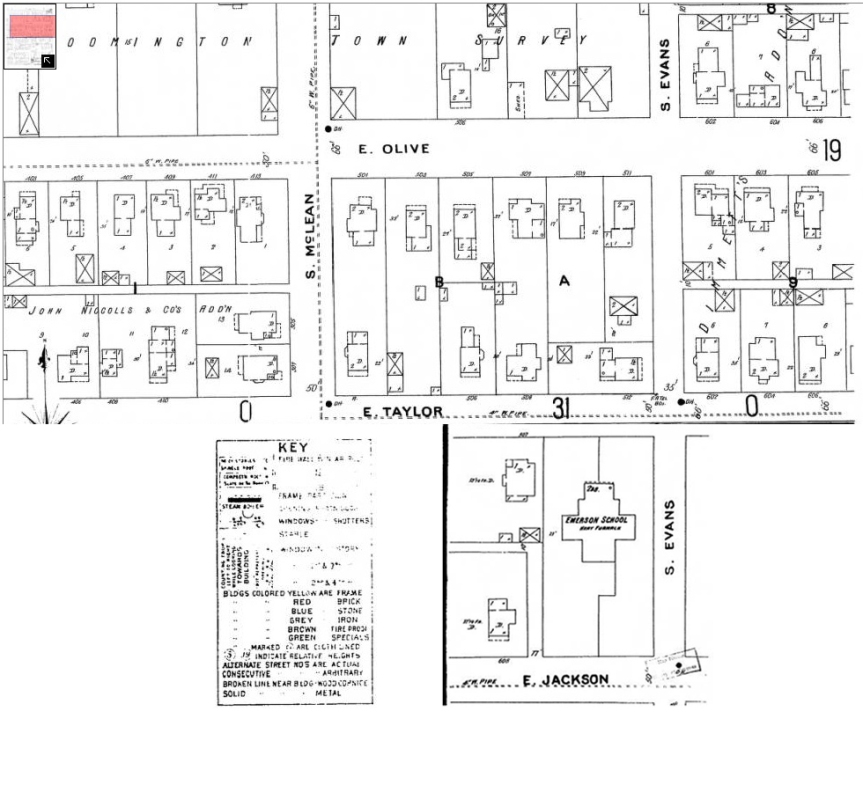 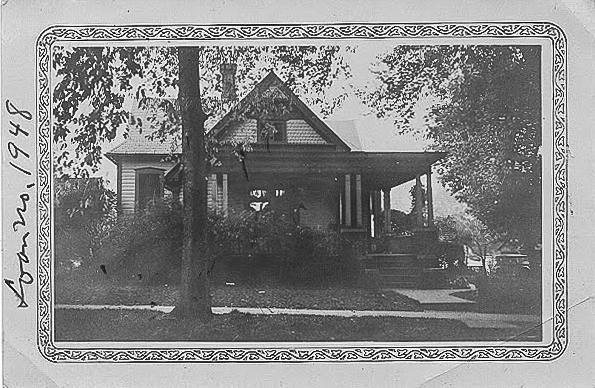